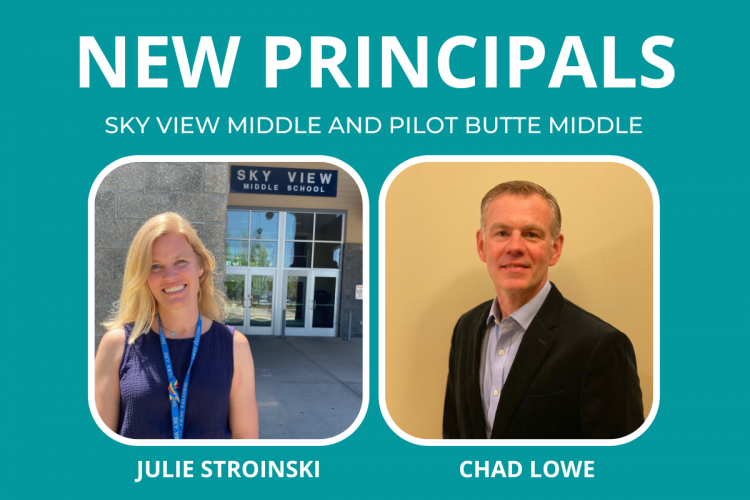 Chad Lowe is currently serving as Principal at Elton Gregory Middle School in Redmond, a position he has served in for four years. Prior to that, he was a vice principal at Redmond High School.

“Chad Lowe is a proven leader known for building relationships with families, students and staff. Further, we are thrilled that Pilot Butte, an International Baccalaureate World School, will have a principal who is both experienced with the program and passionate about it,” said Nordquist.

“I’m very excited to join Pilot Butte, which has a program I truly believe in,” said Lowe. “It’s inclusive, interdisciplinary and focuses on the whole child.”

He says his primary goal for the first year is to help ensure students, families and staff have a deep connection with school. “I believe all students need to be supported and am excited to come together with the staff to help all students reach their potential.”

Lowe will take over as principal from Steve Stancliff, who is taking a new principal position as of July 1.

“Julie Stroinski is a student-centered leader who cares deeply about creating an engaging environment for students and staff. She has shined during her time at Sky View and proven herself to be collaborative, data-driven and caring,” said Nordquist.

Stroinski also has experience as an interim assistant principal and student manager in Beaverton School District for three years. She also has 4 years of experience as a school counselor.

“This past year, I watched our staff and students persevere through hard times and give their hearts to this school; I cannot wait to see where we go from here and how we can build on this tremendous culture together,” said Stroinski.

She loves middle school age students, as they are exploring who they are and developing strong academic skills and an ability to think through deeper ideas.

“We will focus on academics and social-emotional learning, but I also want to make sure middle school is a place for fun and enjoyment where students and staff want to be,” said Stroinski.