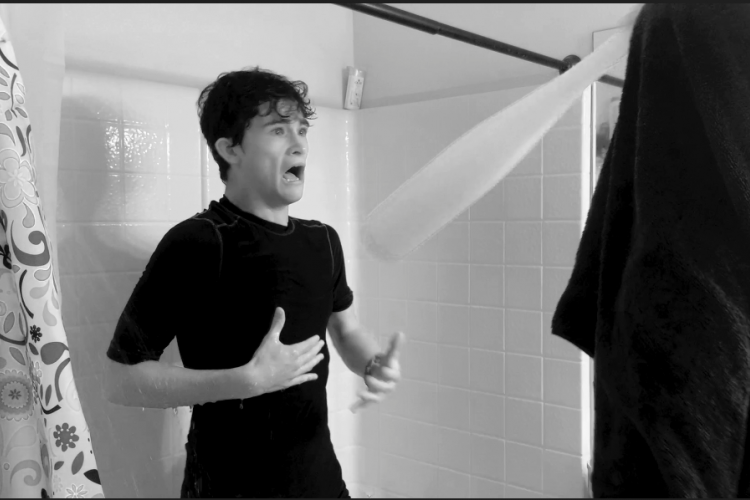 The Show Goes On

Getting Creative with Theater Lessons

Summit High’s theater teacher Lara Okamoto knew early on when distance learning began that she was going to have to change things up and get creative in order for her students to remain engaged in classes known for so much face-to-face time and physical activity.

“Theater is incredibly difficult to teach virtually,” Okamoto said. “It is an artform that is fully reliant on collaboration and interaction.”

With the goal of focusing on what she and her students could accomplish during Comprehensive Distance Learning, Okamoto broke her classes into six-week mini-electives, with classes on Acting for Film, Theatre Appreciation, Screenwriting, Prop Making, Costume Creation and Sketch Comedy.

“I've become a student again, too,” she said. “I've had to dig into areas of my craft that I didn't have as much experience in or comfort with before in order to provide valuable lessons and experiences for my students.”

Okamoto has also been able to tap into her network of theater professional friends (with spare time due to the pandemic) and have them participate in her classes as guest lecturers, inviting them to speak to her Acting for Film, Screenwriting and Costume Crafts classes, something the students have enjoyed.

“It gives more weight to the work we are doing in class when they can talk to someone who has applied it in a real world setting,” she said.

In place of traditional performances, students in the Acting for Film class recently recreated scenes from movies and premiered them on their YouTube Channel with a live watch party. Her Screenwriting class wrote short films students are currently producing for the newly-created Elevation Film Festival. The six movies are currently in virtual rehearsals, with the release date set for mid-January.

While Okamoto admits the transition hasn’t been easy, she remains optimistic that students are not only learning in her classes, but also through taking on the challenges brought on by COVID-19.

“Students have been responding well to these changes, too,” she explained. “It makes it a little exciting to think that they are getting to learn about and take classes in areas that no one else in the Summit Theatre Department have ever gotten to take or may never get to again due to our special circumstances.”