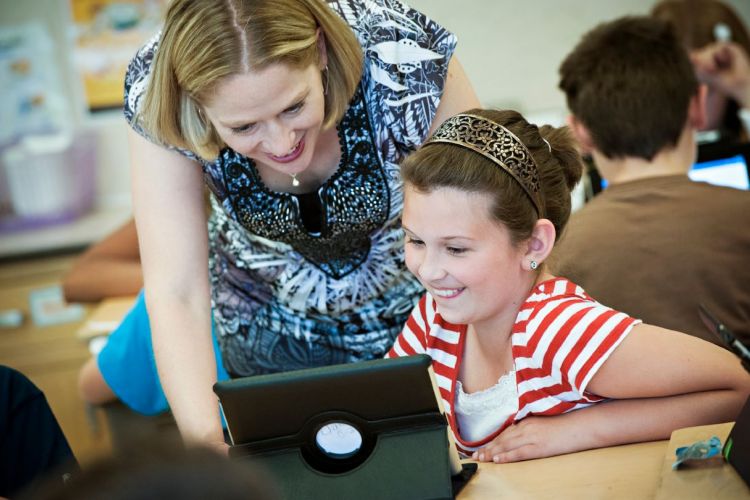 Home to Oregon's Teacher of the Year


Heather Anderson, a fourth grade teacher at Juniper Elementary School in Bend, is celebrating a huge honor today along with hundreds of students at her school. She has been named the 2016 Oregon Teacher of the Year by the Oregon Department of Education. For teachers in Oregon, there's no bigger honor than this.

Anderson began her teaching career in Maryland. In 2007 she began teaching at Three Rivers School in Sunriver before moving to Juniper in 2012. Anderson is a Nationally Board Certified Teacher and is a trainer for National Board candidates in our school district. She is an instructional coach, curriculum leader and trainer for English language arts.

"We are thrilled to honor Heather Anderson today and celebrate the tremendous dedication she has shown to our students and to her profession. She is a true example of the powerful difference a teacher can make in the lives of students," said Superintendent Shay Mikalson.

The award was announced during a surprise assembly today in front of the Juniper student body and staff. Oregon Department of Education Deputy Superintendent Salam Noor announced the honor, which comes with a $5,000 prize for Anderson and a $5,000 award for Juniper Elementary School.

"We could not be more proud of Heather and the work she does for our students, our school and fellow staff members," said Juniper Principal Dan Wolnick. "This award is so well deserved. Heather has an unbelievable way of reaching every student. She sets really high expectations for both herself and for her students. She instills in students the confidence and self esteem to be lifelong learners."

Anderson grew up in Bend and graduated from Bend Senior High School. She comes from a family of educators. Anderson is known for embracing and integrating new technology into her classroom; for working to close the achievement gap among students; and for supporting and seeking out professional development for herself and for fellow teachers.

"It's a huge honor to be able to represent our town and state. Bend is my hometown, I'm a product of Bend-La Pine Schools and now teaching here ‑ winning this award is amazing," said Anderson. In her Teacher of the Year application, she wrote: "I motivate children by building strong relationships, emphasizing hard work and celebrating success."

As Oregon Teacher of the Year, Heather will serve as a spokesperson and representative for all Oregon teachers and will attend the Washington Recognition Week for Teachers of the Year in Washington, D.C. in April where she will meet President Obama and the U.S. Secretary of Education.