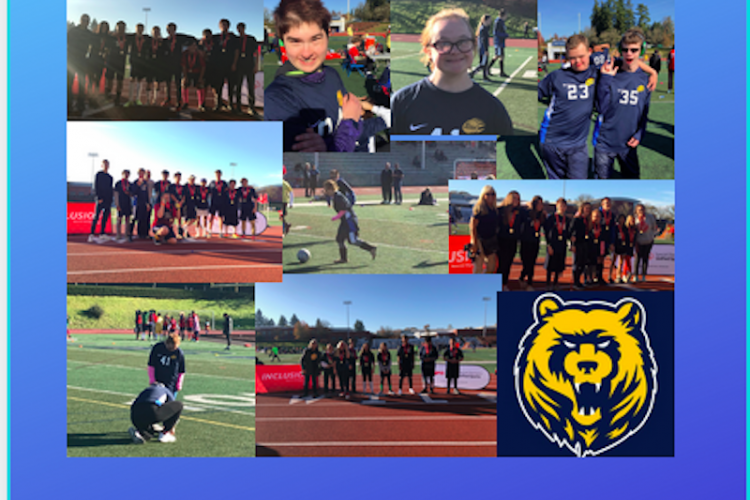 3 Division State Championships and one 2nd!

first in three divisions and 2nd in another division. More importantly, mentors/partners were simply incredible in the way that they connected, played and followed the model of inclusion that Special Olympics and Unified Sports is trying to accomplish.

Defeated Westview High School in the Finals 5 to 2

Won all three games in round robin format

Unified Sports incorporate a similar number of athletes (those with a disability) paired with a partner (a student without a disability) to play together on a unified team. They then compete against other teams from around the state of Oregon. In soccer the fields are smaller and with three athletes and two partners playing at the same time. In the higher divisions the games become super competitive and they are intense games to be coaching and spectating. A huge shout out to partners who don't dominate the skill level of the game and play within the flow of the division and become just regular teammates with the special Olympic athletes. Bend High is fortunate to have such a quality group of students.